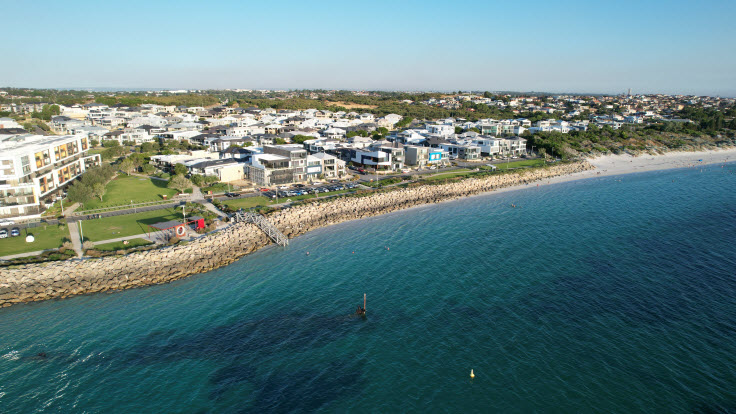 April was another strong month for the Perth property market, with CoreLogic data showing the Perth home value index increased 1.1 per cent during the month.

REIWA President Damian Collins said with another solid month of price growth recorded, the Perth property market was firmly on track to achieve 10 per cent price growth during the 2022 calendar year.

“The Perth property market remains in a very good position for continued price growth. Even with interest rate rises expected soon, REIWA does not anticipate this will adversely impact our local market.

“With low levels of stock for sale and building completions still sluggish, continued strong demand from buyers suggest the Perth residential sales market will be buoyant for some time. However, the good news is that WA has some of the most affordable housing in the country, which means most buyers will be able to afford price increases and the looming interest rate rises,” Mr Collins said.

Other suburbs to perform well were Wanneroo, Thornlie, Ballajura, Karrinyup and Mosman Park.

“Listings for sale remain low across Perth, which is fuelling competition amongst buyers and putting upward pressure on prices. We expect to see more properties come to market as interest rates rise, but not enough to dampen demand,” Mr Collins said.

The median time to sell a house during April was 13 days, which is one day faster than March 2022 and the same as April 2021.

“Median selling times in Perth are back below two weeks which is exceptionally fast. In this market, buyers must be very prepared and willing to act quickly when they see a property they want to purchase,” Mr Collins said.

Perth’s median rent price increased $10 to $460 per week during April.

“This is now the highest median rent price Perth has recorded, however it’s important to note that it’s been seven years since we last saw a new peak price. While it has been a challenging time for tenants, we still have the most affordable rental market in the country,” Mr Collins said.

It took a median of 16 days to lease a rental during April, which was the same as March and three days faster than April 2021.

There were 2,446 properties for rent on reiwa.com at the end of April, which is three per cent more than at the end of March but 14 per cent lower than the same time last year.

“The rental shortage remains a significant challenge for the Perth rental market. There is no quick solution for this problem, which is why it is imperative that the WA Government does not make major changes to the Residential Tenancies Act that will discourage property investment in WA at a time when we desperately need more rental stock,” Mr Collins said.

For more information about your local area, visit the research page.